Loud in the USA! The Dangers of a Noisy Planet

Loud in the USA!

The Dangers of a Noisy Planet

For Episode 45 of The Quiet Mark Podcast, we welcomed Rick Neitzel, University of Michigan’s professor of environmental health sciences and global public health, to discuss the importance of noise pollution and its, often invisible, health risks.

“I’ve worked at the University of Michigan for eleven years now and my research for much of my career has focused on a hazard that's been almost universally ignored - especially in comparison to other pollutants - and that’s noise exposure in the workplace.”

“Hearing loss is just the tip of the iceberg. Excessive noise exposure is linked to cardiovascular disease, mental health and cognitive impacts among other things. Hearing loss is unfortunate but doesn’t cause death, unlike cardiovascular issues. Essentially, we aren’t giving this pollutant enough attention.”

Here at Quiet Mark, we often say that noise can be overlooked because of its invisibility, but if you could see noise in our loudest cities it would look like piles of plastic waste strewn all over the place. We simply wouldn’t accept it if we could see it. 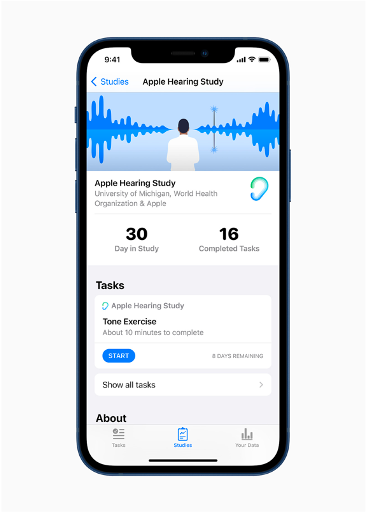 A US based Apple Hearing Study is currently looking at the impact of sound exposure and making attempts to help users visualise the side effects of noise pollution via a developing app. Rick is acting as the principal investigator on the study.

“We measured sound from users headphones - which has been a constantly shifting target. We also tested the impacts of nuanced sounds on people’s hearing by having them take tests using an Apple developed app. We are testing 150,000 participants over several years in order to understand longer term exposures to different sound environments.”

Rick has published various studies on similar app-based tests and notes that “something we should always be aware of is whether an app works like it says it does. We have discovered that not all apps are great performers. On the other hand, the right device and app combination can make measurements almost as accurate as a tailored measuring device. This enables the everyday person to access elevated material - so that we can all be scientists!”

As technologies develop, we continue to see a world where users measure health by means of foot count or subscriptions to mental health and meditation apps. We were curious as to whether Rick sees a future where users measure their sound exposure as they might measure their carbon footprint. “The short answer is I hope that we do! As someone who has studied noise exposures for years it can be frustrating to document that we are being continuously exposed to noise levels that are too high, therefore potentially damaging their health without having a mechanism to inform us on how to change this behaviour. 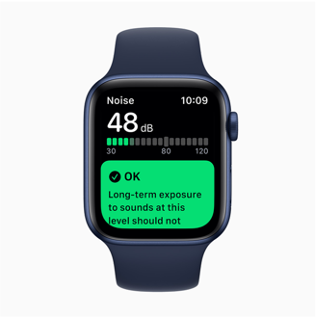 Watch and phone notifications that suggest to lower noise have been a game changer in regards to reminding users that are putting their ears - and hearts - at risk. That's one thing we looked at in our Apple study; how such prompts have an impact on people’s behaviour. We have randomised users in the study as a way to accurately analyse whether they respond to such notifications and whether it has an impact on user behaviour.”

In 2017, Rick acted as one of the writers of a study looking at the Economic Impact of Hearing Loss and Reduction of Noise-Induced Hearing Loss in the United States. It estimated that hearing loss affects more than 13% of the working population and says that if the 20% of hearing loss resulting from excessive noise exposure were prevented, the economic benefit would be substantial, with a core estimate of $123 billion.

Surely such statistics might spur governmental changes? “I can’t speak for the UK but I know that in the US, whenever the subject of noise on public health comes up the immediate response is ‘how much will this cost?’ The idea behind this paper was to figure out the true economic burden from hearing loss. Of course, hearing aids cost, but it goes beyond this. Workers with hearing loss are more likely to be unemployed, furthermore working people with hearing loss are paid less per hour and so when we start to consider those economic ramifications on the workers and we talk wages, even a small impact per person trunks out to be a tremendous financial cost. This is an issue we can longer afford to ignore.”

We wanted to explore these nuances between a British and American society’s different relationship to noise. “After travelling around the world I cannot deny that America is a loud place! I don’t know that it has to be that way but I think the reason that it is comes from a governmental failure to regulate noise in a way that would protect public health. In the 1970s, our congress established the Environmental Protection Agency who then established an Office of Noise Abatement and Control. That office was empowered by congress to study and control noise exposures in the country.

After a decade of conducting cutting edge research on noise and passing regulations on key noise sources, the Reagan office came to power in 1981 which picked the EPA as an example of government overreach. This office remains on the books but has seen not funding for forty years meaning that while the United States are stuck in a regulatory framework from the 1970s, the EU has been free to evolve and tackle the health impacts of noise on society.”

Keen to focus not only on the negative, Rick provided us with an insightful story on how one American change in the early 1980s recognised the need for quieter aircraft.

“Our federal aviation administration recognised the increase in air traffic and passenger aircraft travel and so told aircraft manufacturers to make quieter planes. They stressed that if this was not achieved, the planes would not be permitted to fly over the United States. As a result, 90% fewer Americans today are exposed to high levels of aircraft noise than in 1980. This is one example where our government did step in and it has affected the quality of life for both American citizens and global citizens.”

Furthermore, there are press reports that suggest that in the UK, the loudest areas often tend to be the poorest areas which is often the case in the US. “Interestingly there are pretty compelling studies that link lower income to high levels of air and water pollution and the preliminary results suggest that this is the case. The same communities tend to have higher noise levels in their workplace too - producing a double whammy of continuous noise exposure.

In the States we have a tragic history of ‘environmental racism’ and this extends to noise. Major transportation modes, expressways, trains and high noise vehicles are placed in poorer areas or minority ethnic communities or both which contributes to these communities experiencing higher noise exposure. These communities also live in buildings of a low quality standard which means our most vulnerable residents in the States are also experiencing these outside exposures from noise. It is a morally unacceptable situation.”

In the UK, through its network of retail partnerships, Quiet Mark has a strong presence on several retailer websites, with many, such as The John Lewis Partnership, offering filtered navigation to specifically source Quiet Mark certified products. Furthermore, one of our Quiet Mark polls found that 70% of 2,000 consumers would be more inclined to purchase a Quiet Marked product than one that doesn’t recognise its noise levels. We asked Rick whether he observes a similar consumer desire for quiet in the US. “The Americans I know have the perception that quieter products are more expensive or out of reach. This is unfortunate because like any other type of pollution we should all have access to the ability to reduce it. I’m not sure the awareness is as high as in the UK but I welcome Quiet Mark’s efforts to continue to educate the public on noise.

Ultimately the solution to quiet lies with manufacturers and not the consumers as they are the ones who can produce quieter products. Consumer demand and governmental regulation need to increase in order for the production to be more focused. As consumers, our job should be to lobby our elected officials and put pressure on them to increase demand and awareness.” 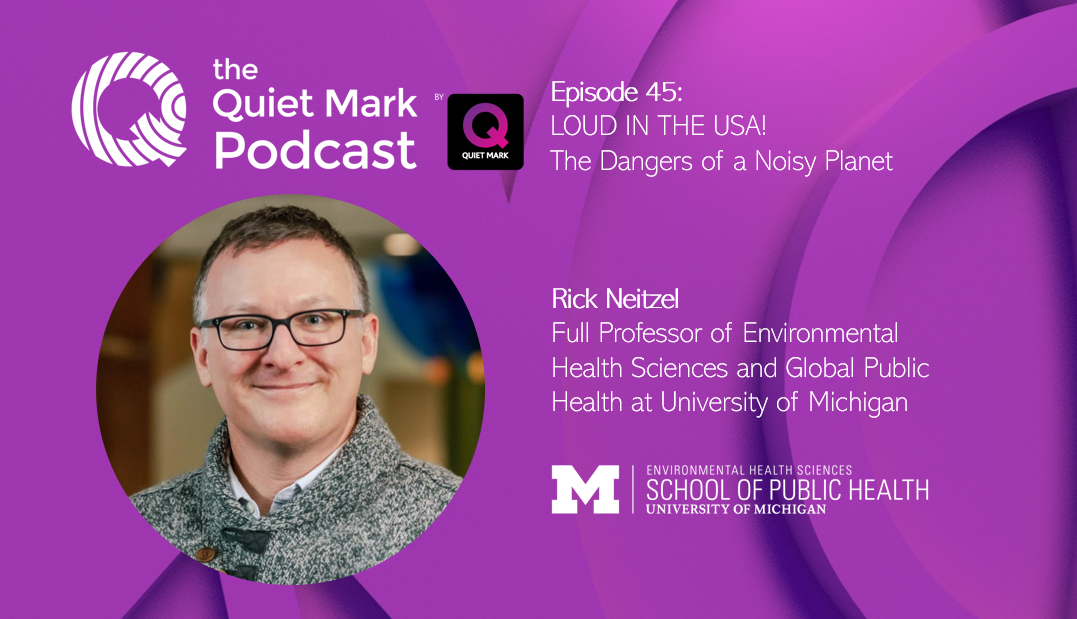 Listen to Episode 45: ‘LOUD IN THE USA! - The Dangers of a Noisy Planet’ with Rick Neitzel - Full Professor of Environmental Health Sciences and Global Public Health at University of Michigan 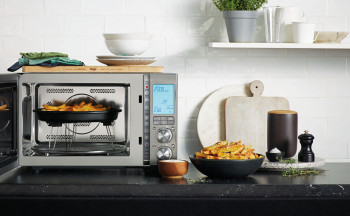 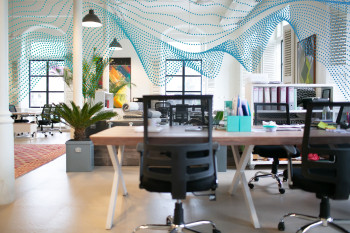 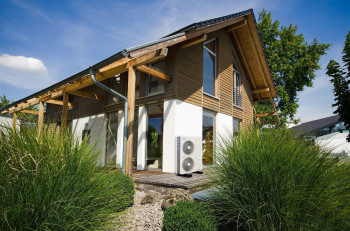 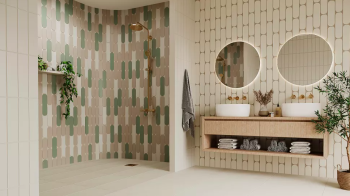 Article Source
How to ventilate a room without windows

Demand for energy efficient air fryers has rocketed by 3,000% in a year as people attempt to offset soaring fuel bills this winter...

Keys to a Successful Hybrid Office

Your hybrid office should reflect your company’s way of working and should therefore include building blocks from both Softwork and Hardwork.

Rising energy bills are of increasing importance as prices are set to surge even further. Heat pumps offer an efficient solution as they generate about 3.5kWh of heat for every 1kWh of electricity used. That’s 350% efficiency!

How to ventilate a room without windows

Knowing how to ventilate a room without windows is key to keeping air quality in the space healthy and preventing issues such as damp.