Recognisable even at long distances, vacuum cleaners are naturally loud as they move pressurised air through narrow paths and, as a consequence, often project severely intrusive high-pitched tonalities. It is through the use of air relieve paths and more absorbent materials that both the overall levels and these tonalities are quietened down, therefore, achieving a better balance. On the other side of the spectrum, other elements such as carpet brushes can produce a more mechanical, cyclical and low-frequency tonal sound, a characteristic known as ‘roughness’. This can commonly translate into a feeling of robustness, nevertheless, could also translate into annoyance and a feeling of rejection if either of these is highly predominant to the others, or inconsistent.

Robot vacuum cleaners typically do not have the same force as their larger counterparts, these devices are able to be left alone to navigate the home, systematically cleaning as they go. Despite the lower overall operational sound level compared to manually operated devices, these units have other sounds that should be carefully chosen, such as the on/off and setting alerts, the sound the bumper makes when it touches the room boundaries and the sound of the wheels and motor as it operates.

Handheld vacuum cleaners are inherently quieter than their larger counterparts, but depending on the power of the model, these can also cause harsh high-pitched tonalities. A product should be chosen carefully to ensure balance between a comfortable operational sound level and the perceived power that the sound it makes can present. 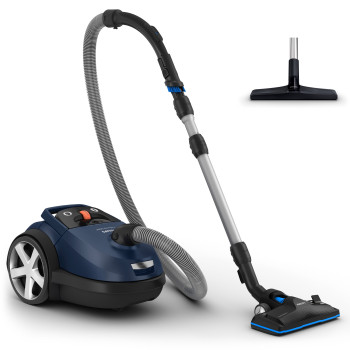