In modern restaurant dining it’s long been en vogue to expose the hard at work chefs to the restaurant floor.  Adding that theatre of an ‘open-’ or ‘working kitchen’ connects diners to the creators of the food, soundtracked by their activity.

For those working in kitchens  — no matter how much they love cooking — that noise can also be draining. Now Quiet Times is speaking to two contributors, our guests on Ep. 21 The Quiet Mark Podcast, about the role that sound plays in how we cook, as well as how we enjoy our kitchens at home.

Henk Huisseune is Innovation Director of the Belgian extraction and induction specialist Novy. With 58 Quiet Mark-certified cooker hoods, their silent efficiency is renowned. Alongside him we’re thrilled to be joined by Ping Coombes, the 2014 winner of BBC MasterChef who has since returned as a judge on the show.

Henk’s team manufactures many extraction hoods that are so quiet they rank lower than human speech — and as Ping tells us — that is no mean feat. “I always accepted that a hood was going to be noisy. There isn’t anything else you can do about it”. 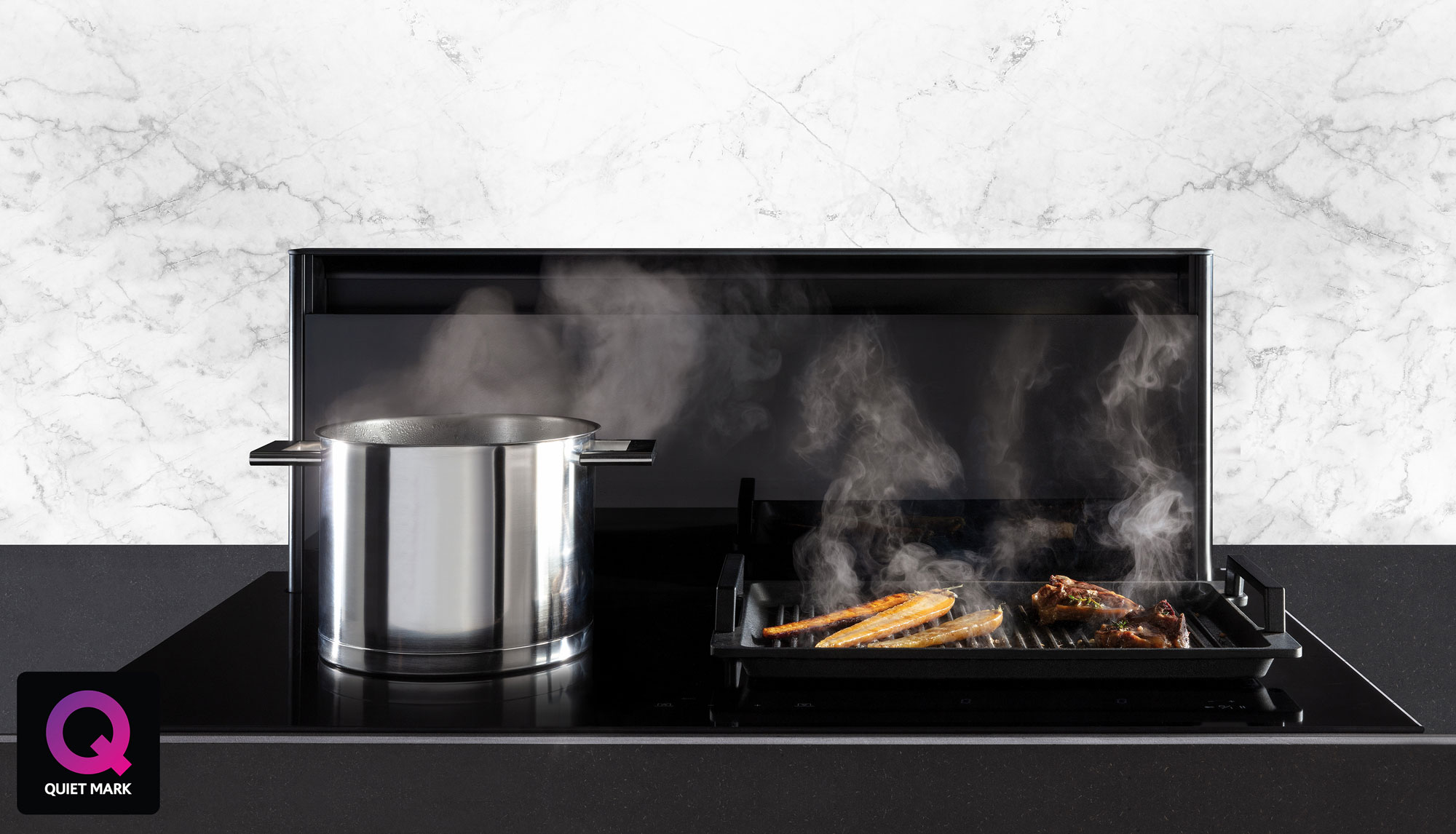 After a raft of incredible aerodynamic advances at Novy, that’s no longer the case. Ping, a genuine proud owner of a Novy Panorama Pro Vented Downdraft Induction Hob + Hood, tells us it’s absolutely revolutionised the physical side of how she cooks, but it also helps her think.

“I run a cookery school here, so, I talk a lot”. When Ping’s classes were disturbed by the pandemic, she moved online, using Zoom. “We found that the microphone was even more sensitive to noise.”

Since winning MasterChef, Ping has been a full-time chef, but has always revelled in teaching others. This hasn’t changed during lockdown — a time when we’ve found the kitchen must host work, play, family, while still serving its primary function to prepare food. The result is that Ping is there morning, noon and night. “The fan goes on first thing … and it’s on throughout the day.”

For those who only cook maybe once or twice a day, you can probably recall how loud and disruptive a traditional hob fan is. The familiar whirring barely allows for conversation, and certainly not if the fan actually needs to do it’s job and extract. Yet not so for Ping.

“I hardly notice it’s there. I know the kitchen is the heart of the home for many… but for me I’m sometimes here all day. I don't even go into the living room. This is where I work, where I teach, where I eat, I also cook for 100-200 people a week on this hob and it’s where I create. So it gets a lot of use!”

Crucially, it’s that absence of noise, especially when needing to tweak and recipe-test, that Ping’s quiet kitchen really comes into its own.

Did the breakthrough for Novy all come from a driving thought about sound and about quiet? What technology led to developing hoods like the Pro? 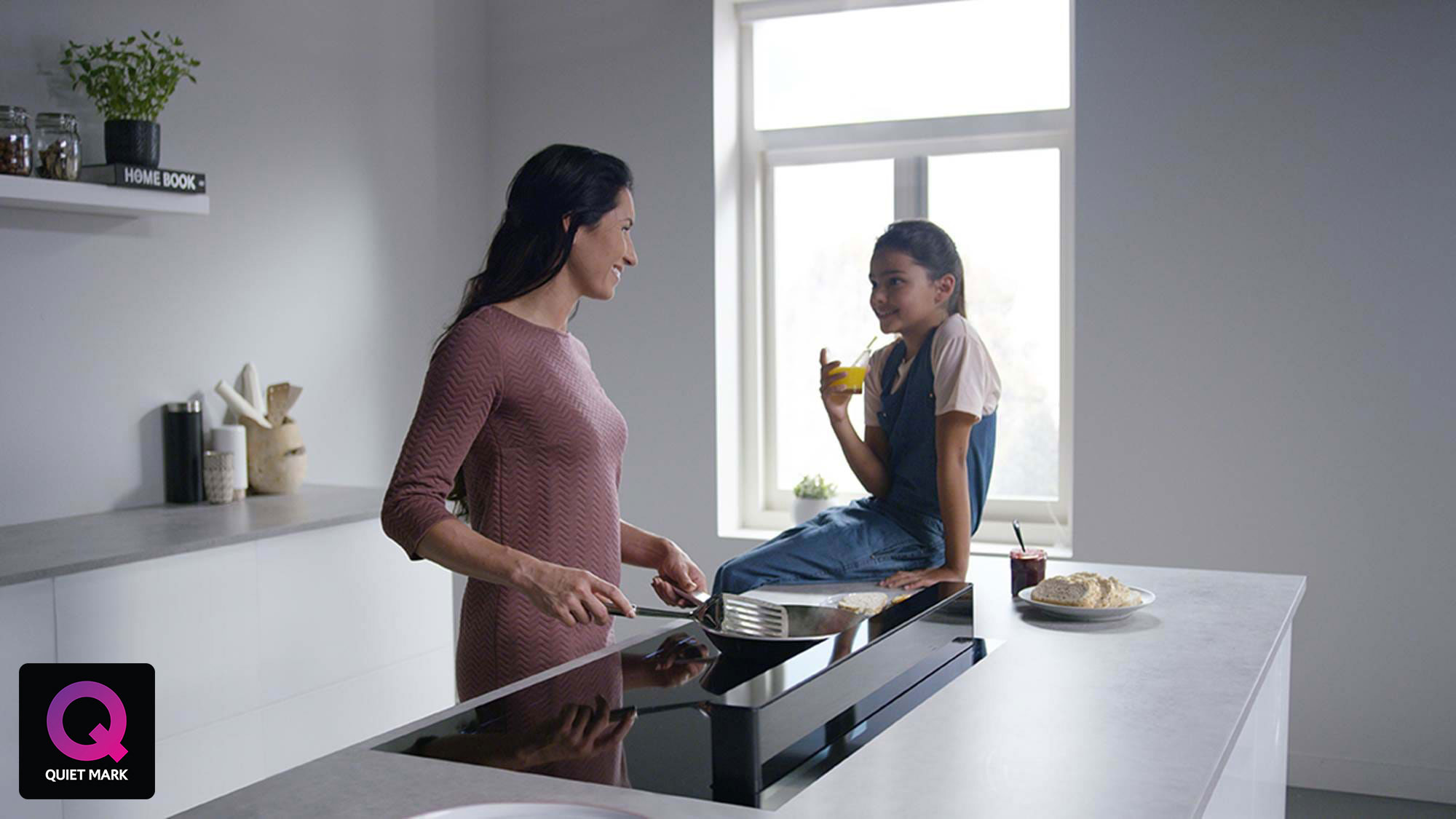 Image: Quiet advancements in technology by Henk and his Innovation Team at Novy create cooker hoods, such as the Quiet Mark certified Panorama Pro, seen above, which are quieter than human speech.

“You want it to be efficient enough. It needs to work. We didn’t start trying to design a quiet hood, but one that simply worked. Then we worked to remove what made it loud.” says Innovation Director, Henk Huisseune.

Complex discoveries from an aerodynamic-focussed degree and a PhD background are assets that Henk has gladly brought to his innovation-driven team. His thermal engineering expertise (think: heat pumps and air conditioning) has all flowed into their products.

“We had a target value of 60dB or lower” — which is commonly recorded as the same level as human speech. “We didn’t want to disturb people in the kitchen, because we believe that is the heart of your home. It gathers people, children do homework… you don’t want noisy devices or appliances in the kitchen”.

Children peacefully doing their homework? We wish. But there’s a big truth to quiet being optimal to aid study, or simply to think clearly. Ping agrees:

“If I turn my Novy on, it’s not going to be noisy. When I’m running an online class… I don’t have to worry about my kitchen filling with smoke.  I can hear myself talk, my students can hear me talk, I can hear my students talk.”

But of course we don’t just speak to humans at home any more. Now internet connected devices like smart-speakers and assistants are at our beck and call. However if they can’t hear you, suddenly your kitchen isn’t sounding so smart.

Henk’s team has experimented with voice: “We’ve looked at voice-controlling the hood — and it’s possible!” Yet, for now “we more believe in the connectivity between the hood and the hob. Based on the amount of vapour detected or smells produced the speed would be automatically modified”.

That kind of emerging tech could prove very useful to Ping. Malaysian by birth, her native cuisine tends to be very “strong smelling” she confesses. In previous home-kitchens she found smells would often seep into soft furnishings, which while “not bad” per se… “were instantly recognisable” for at least a few days. With her new set-up, and even in an open plan style, to her amazement “the whole kitchen does not smell”.

So less unwanted smell, and less unwanted noise. Seems like a win win. Of course hearing speech while cooking is just one benefit. One part of Ping’s class is teaching students about when and how to cook with your ears.

“When making a curry paste, I tell them to make it cold, without the heat on. [Then] add the oil and the heat, and listen to the paste coming up to temperature, so it sizzles”. This focus on sound is one of Ping’s secret ingredients of learning to cook well.

“In my virtual dumplings class, we hear the sound of water steaming.” After pan-frying, students “pour water over and cover the dumplings” entirely. “Now there’s no way you can see whether the dumping is cooked through or not”. So instead, students must listen. 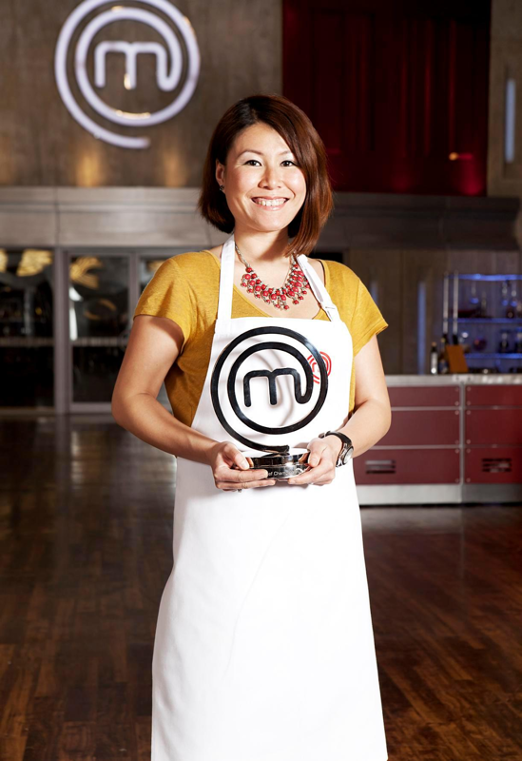 “That sound of the water boiling vigorously — is so different to when it has evaporated. When you can’t see or smell, you can only depend on your ears to know whether something is working or not.”

Another of Ping’s favourite sounds of cooking can be found in the ‘Night Markets’ of Ipoh, Malaysia. Ipoh is where Ping grew up, taking her first ever job working front-of-house with customers for a ground-breaking pastry chef.

Ping remembers the Night Markets as “a melange of noise. The wok, frying, people haggling”. Perhaps she could transpose this soundscape into her virtual classroom, to amp up the sensory connection to food, she shrewdly wonders.

That authenticity and connection to Malaysian food won her Masterchef in 2014. However her application for the show turned out to be a more throwaway affair. Written in just five minutes, she was egged on by a friend. The application, (one of 25,000 that year), was made just days after she received news, coldly by text message, that she would be made redundant from a job she loved.

“I felt unwanted… I didn’t know what to do. My application wasn’t orchestrated, it wasn’t planned. I just wrote the first thing that came to my mind! My only goal was not to be kicked off the first round… everything else would be a bonus”. Of course when she won, it clicked. “At the age of 32… I discovered what I was really good at.”

Knowing that she now couldn’t be without her home set-up, how did she originally cope with the additional noise and pressure of TV?

“The only thing you can think about is finishing on time. Everything else fades into the background. You know that it’s there, but it’s almost like you are underwater.”

Her most memorable Masterchef sound? Her London restaurant challenge. “I had to do 55 lobsters… I can still hear the cracking of the shells. The chinking of metals, the squeezing of bottles… by the end, I smelled like a walking shellfish.” And second to that? The sound of her own exhausted crying, her tears a sign of “relief! That I had nailed it”.

To Henk, this comes as no surprise. Sound has context and helps carry emotion. In designing their ultra-quiet cooking hoods, they take care to discover the feelings their products evoke, rather than simply seeking the lowest, quietest, number:

“Two concepts might measure the same in decibels but the sound quality could be very different.” It’s all driven by human ‘user-experience studies’, and after inventing new tech, “we evaluate.”

With friends like Ping, it appears Henk has found an eminent brand ambassador. Whenever the next opportunity comes to thoroughly test a new product, we’d bet he’s found a chef who thoroughly understands the importance of sound. Ping confirms, she’d be more than happy to volunteer.

To find out more about Ping, her classes and cook book, head to: https://www.pingcoombes.com/ 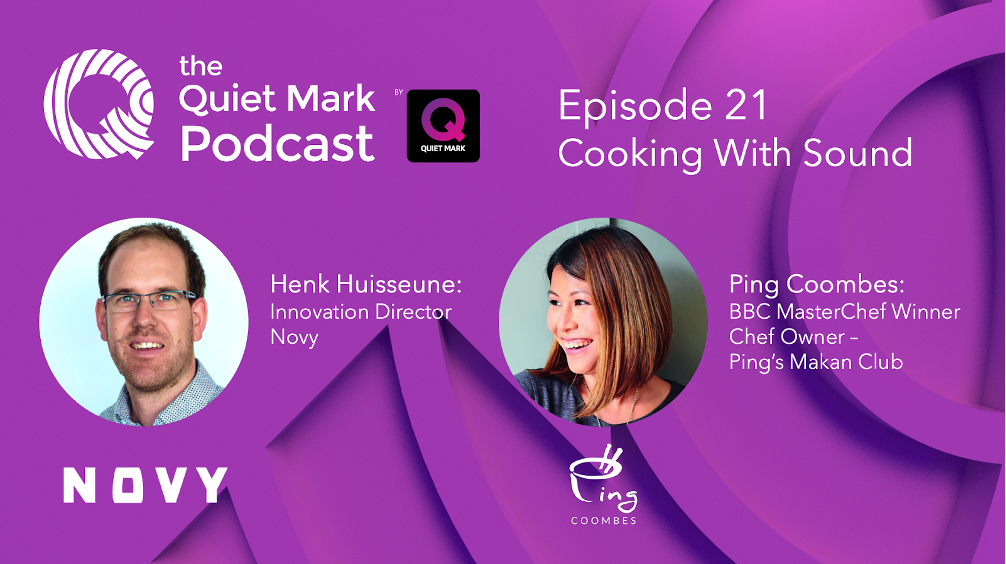 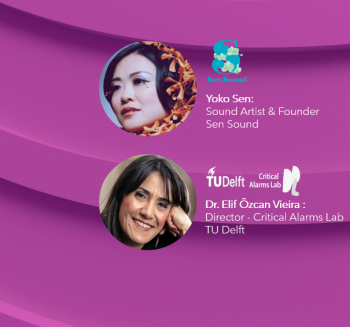