How to deal with a noisy home during lockdown

How to deal with a noisy home during lockdown

By MELISSA YORK for THE SUNDAY TIMES

Now we're at home all the time, there's no escape. Here's what you can do to muffle the mayhem

Has your neighbour taken up the tuba? Got a lockdown puppy? Or, even worse, have they acquired an unbearably smug 6am aerobics regime?

In pre-pandemic times you may not have noticed, or even cared. But in these commute-less days you might be still in bed in the morning trying to savour the last of your Zoomless hours, and you don’t want to spend them listening to your upstairs neighbour doing star jumps, or being roused by the thump-thump-thump of someone who has recently acquired a treadmill.

Poppy Szkiler, the founder of Quiet Mark, a charity that works with brands to find solutions to noise pollution, is known as the Queen of Quiet, and her grandfather founded the Noise Abatement Society. She says: “Sound affects brainwaves, hormones, heart rate, mood; it’s profoundly wired to our emotions.”

A fortnight before the first lockdown, Quiet Mark started its Acoustics Academy, a free resource that recommends materials that keep out noise. It hands out Quiet Marks to manufacturers that produce quieter versions of appliances, such as washing machines, blenders, hairdryers and, yes, even alarm clocks (for example the Lumie Bodyclock, which wakes you up with light instead of sound). Searches for Quiet Mark products on johnlewis.com have gone up by 228 per cent since March, says Szkiler.

She says that, when furnishing a space, keep in mind that you’re trying to stop sound waves bouncing off of hard, angular surfaces. Focus instead on softening and rounding: “In an open-plan space, introduce soft furnishing areas, extra curtaining or fabric wall panelling or a fluffier rug.”

Miranda Kyte, 25, who works for a polling company, says the walls were so paper-thin in the flat she used to rent in Stoke Newington, east London, that she could hear her neighbour’s alarm clock going off. She ended up aligning her sleeping patterns with her upstairs neighbour — 12.30am to 6.30am — as she would have been woken up at the same time anyway.

She has now moved home, but says that noise from nearby flats was one of her “biggest worries about moving somewhere new”, adding: “It was manageable before coronavirus, because you’d go to work, but during the lockdowns there was no escape.”

London, Glasgow, Belfast and Birmingham have been named the noisiest cities in the UK, according to research by the brokerage Mojo Mortgages. Dogs and music were some of the main causes of complaints, but “sexual noise” was cited as an issue in the London borough of Greenwich, while ice-cream van chimes were a problem in Glasgow. Banging doors and gates, as well as singing in the streets, were also complained about in Belfast.

Unlike sight or taste, hearing is a frequently underrated sense, but sounds can have a profound effect on our health. Sustained noise above 85 decibels for eight hours or more can start to damage our hearing, and all sorts of noise can also cause psychological effects.

So what should renters and homeowners do? With many of us now expected to work from home, we can either put up with the noise, or make changes to our homes if we’re to survive this aural onslaught.

Laura Crombie, of RealHomes.com, points out that soundproofing floors will also “make living in your home much more peaceful and enjoyable, and it’s an easy task to do, as all you require are some overlay tongue and groove plywood boards with cushioning on one side, PVA wood adhesive, foam tubing, a saw, a hammer and cloth”.

Katy Croft, a public relations executive, lives in a house in Hersham, Surrey, with her partner, Chris, and five children aged between 13 and 20. Her desk is in an open-plan living space on the ground floor. When it all got a bit too much, she built a wall.

Her room-within-a-room by Frost Architects is big enough to be an office during the day, and double up as a TV room in the evening. “I invested in soundproofing insulation inside the wall, soundproof plasterboard and double-glazed units,” she says. “I get to work in peace in the day, and the kids have a den for the evening.” Croft says it cost about £2,000: “It is definitely money well spent.”

A cheaper option is to block it all out with earplugs. Specsavers makes silicone ones that can be moulded to the shape of your ear and adjusted for whatever you need them for, whether that’s getting a better night’s sleep, swimming or driving heavy machinery. “There’s no harm blocking out sound, you’re giving your body relief,” says Gordon Harrison, Specsavers’ head of audiology.

Audiology services are open in lockdown, and Harrison says there has been an increase in people noticing hearing problems. Facemasks have taken away the ability to lip read, which many were relying on to compensate for hearing problems.

The over-55s should be getting their hearing checked every two years, advises Harrison, and earplugs should be refitted at the same time, because our ears change shape. He also recommends noise-cancelling headphones: “We live in a noisier society, and it’s trying to control that when you’re living on top of each other. We’re not living in normal circumstances.”

Read the original article on The Times website here. 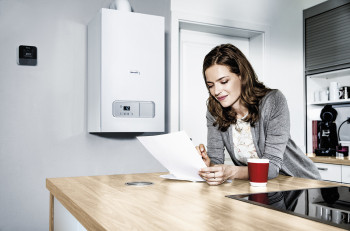 Closing the door on excessive noise with Quiet Mark

As international award programme, Quiet Mark, homes-in on reducing excessive noise in the built environment with the launch of its Acoustics Academy, one of its accredited manufacturers reveals the many opportunities for acoustic-rated door products.

Heating usually means the end of hush. Boilers rattle, clank and wheeze while warming up your home. With so many of us now working from home, and having offices in unusual places, that noise is the last thing we need. Luckily, Quiet Mark have certified boilers and pumps that deliver hushed heat…

As retailers continue to seek out new ways of helping consumers feel at ease when shopping, Rob Fletcher takes a closer look at the latest acoustic technology in finishing and surfaces to see how this can improve the retail experience.