Best air fryers 2020 for cooking up a storm

Best air fryers 2020 for cooking up a storm

Take a healthier approaching to your cooking processes

By SARAH FINLEY for EVENING STANDARD

We get it, 2020 hasn’t been the healthiest year – we’ve never shown our fridges so much love while we’ve been working from home.

But if you want to mix it up in the kitchen, without worrying about piling on the pounds, then cooking in an air fryer is a great alternative to normal frying.

As per its name this sleek little model hums lightly in the background so you know it’s working, but doesn’t interrupt any chit chat in the kitchen. By far one of the smallest models on the market, it’s still big enough to cook everything from chips to vegetables.

The touch screen lights up when you first turn it on and the pre-set buttons for different foods, such as poultry or meat, mean you can’t go wrong when cooking. We lightly covered some potatoes with some oil and added them into the pull-out basket and they cooked with a crisp on the outside and softness in the middle. While turkey burgers did the same.

Small enough to have on your kitchen surface without it looking too out of place, it also comes apart easily to clean. 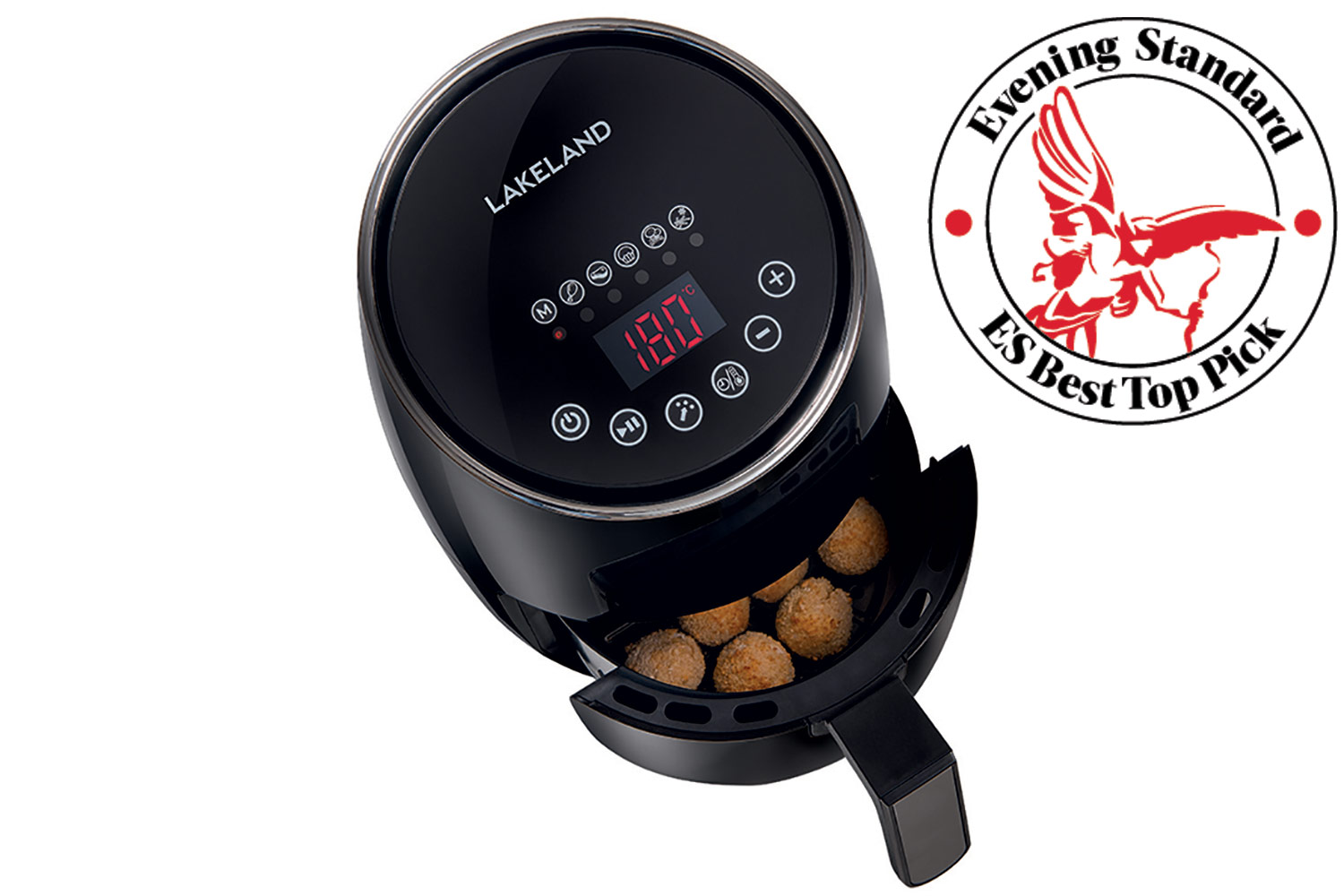 What is an air fryer

Remember your parent’s deep fat fryer? Well it's basically a healthier version of that, but instead of throwing your chips into a vat of oil, they’re cooked using a small amount of oil and hot air to give them a crispy crunch.

Almost like a mini convection oven they sit on your counter top and have pull out baskets or trays to cook the food from different directions.

How does an air fryer work?

As the name would suggest air fryers use hot air, which is circulated around the food in the machine to bake it. Instead of submerging food in oil, you add around a teaspoon to your food before you place it in the fryer. Some of the machines also allow you to use low calorie spray, while others don’t need any oil at all.

Most air fryers have pre-set buttons, which are pre-programmed settings, including the advised temperature and timings for particular foods. Because you don’t have to preheat most air fryers, and they take less time to cook the foods, you’re also saving on energy.

What can you cook in an air fryer?

The first thing that springs to mind is chips – allowing you to cook them from scratch quicker than in a traditional oven. However, you can cook an array of foods, from meat and fish, to vegetables and cakes.

Air frying is no doubt healthier than deep fat frying or conventional frying as you’re using a lot less oil and with some models, none at all. So, you’re reducing your calorie and fat intake - sometimes by up to 75 per cent. If you’re a fried food junkie, this could be a great alternative for you.

However, you’re still technically eating fried foods, so if you’re looking to be healthier, either cut down on how much fried food you consume or use a food steamer – which is said to lock in the nutrients and vitamins of food.

Read the full article on the Evening Standard website HERE. 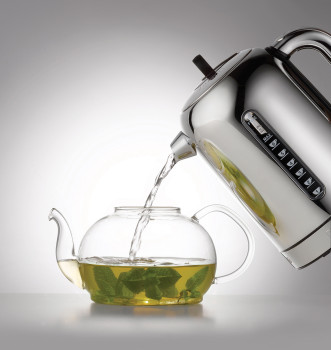 Article Source
What is Your Top Consideration When You're Looking to Buy a New Kettle? 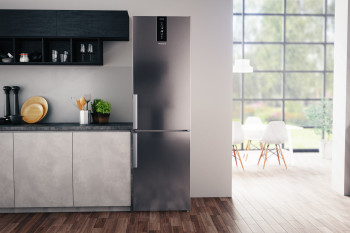 According to Water UK, 85% of the public are worried about the impact of plastic pollution. In the UK 7.7 billion plastic water bottles and 2.5 billion single-use cups are used each year. Many are discarded and end up polluting our rivers and seas. Staggeringly if just 1 in 10 Brits refilled just once a week, we’d save around 340 million plastic bottles a year.

What is Your Top Consideration When You're Looking to Buy a New Kettle?

On 6th August 2020, Dualit ran a Twitter Poll. Given options of Speed, Quiet, Capacity and Repairability, Quiet came top with 50% of the vote!

Whether you’re working from home or love your kitchen to be quiet, a buzzy fridge can be very annoying. Grand Designs take a look at how Quiet Mark rate the fridges – and other appliances – that won’t drive us mad…

Designing Household Appliances With Planet And Health In Mind

What can help reduce the burden of both noise and environment pollutants coming off of traditional AC units?

Home working and the rise in home cooking is boosting demand for small domestic appliances with the Quiet Mark (the low noise certification mark from the Noise Abatement Society).