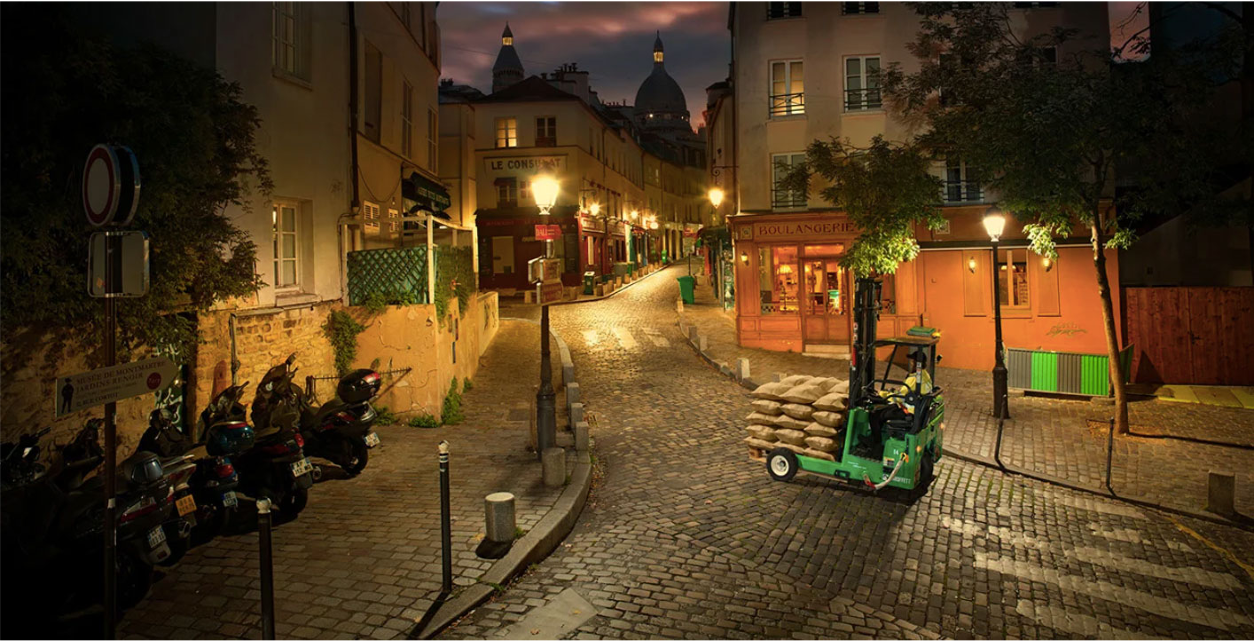 At the beginning of each of our podcast episodes, we always introduce Quiet Mark’s association  with the UK Noise Abatement Society charitable foundation (NAS) as an independent global certification programme. For our 39th episode of the Quiet Mark podcast, we discussed a topic inspired by the NAS’s Silent Approach campaign; quiet deliveries. The campaign was a collective holistic scheme to enable swift, efficient deliveries without causing noise disturbances to residents in order to reduce congestion and help improve air quality and safety in our towns and cities. 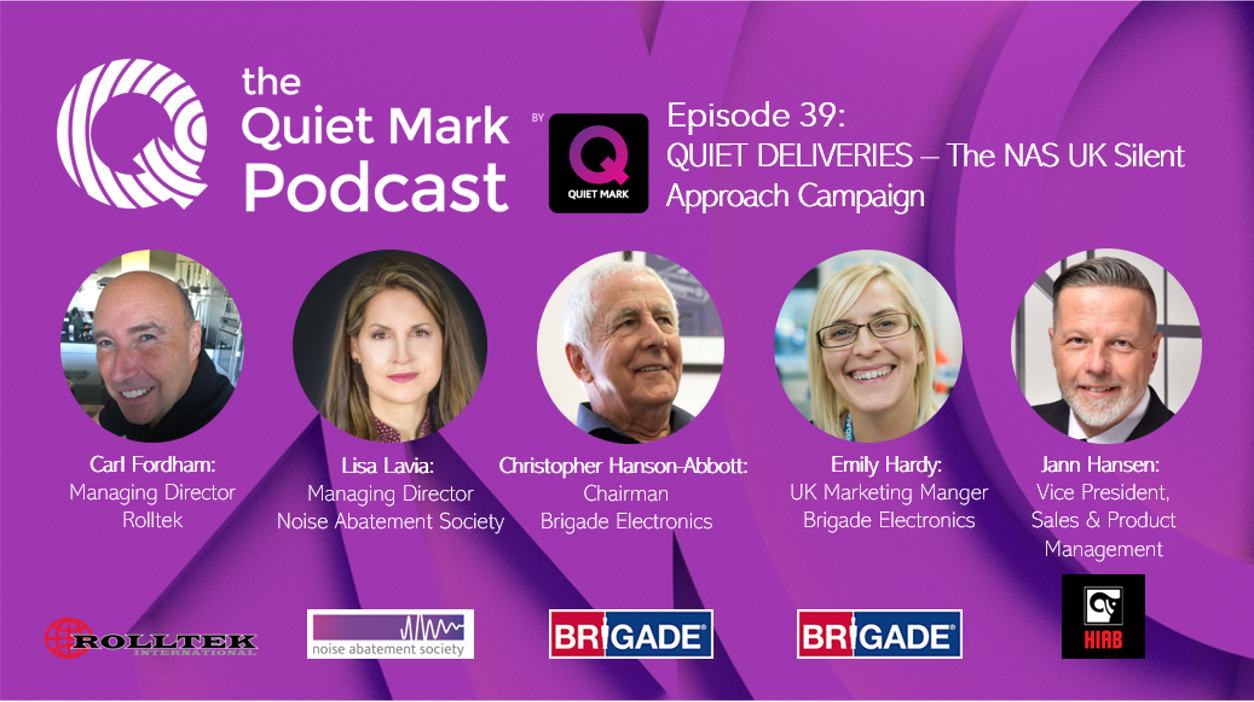 We welcomed five guests this episode, each of whom brought their own unique knowledge and experience to the conversation. These guests include Christopher Hanson-Abbott (Chairman at Brigade Electronics Group Plc), Emily Hardy (UK Marketing Manager at Brigade Electronics UK LTD), Jann Hansen (Vice President, Sales & Product Management, MOFFETT, PRINCETON Truck Mounted Forklifts, HIAB) and Carl Fordham (Managing Director at Rolltek International Ltd). We are proud to work alongside all three of these companies in ensuring their forklifts, reverse alarms and roll cages are Quiet Mark certified.

We also feature Lisa Lavia, Managing Director at the Noise Abatement Society, who is a doctoral researcher on soundscape and wellbeing in the built environment and an expert at creating high impact programmes in the commercial, public and not for profit sectors to improve health and wellbeing in the built environment. Lisa briefed us on the history of Silent Approach which began in 2007 by our own Gloria Elliot, Chief Executive of the Noise Abatement Society, in response to complaints received by the society helpline about noise from local deliveries.

“The Silent Approach developed, and continues to develop, a customised programme of operational, managerial and technological changes for organisations to adapt existing delivery profiles to be low noise. Eventually the UK Government sponsorship of the Quiet Delivery Demonstration Scheme in 2010 produced a series of six quiet delivery trials. This led to TFL asking the NAS to take part in producing quiet delivery trials and practices that could be operated during the 2012 London Olympic Games (during which only certain route shifts were open, presenting a challenge to residents). All the trials were successful and in 2013, TFL started a five year retiming delivery programme to formalise and embed the quiet deliveries’ practises across London for planners, councils and businesses and to produce a series of toolkits on the best practises.” To this day, the NAS proves that quiet and efficient deliveries are 100% possible and demonstrates how they reap many benefits for businesses and operators alike.

Chris Hanson-Abott is somewhat of a pioneer when it comes to motor transport and ensuring that delivery vehicles emit safe sound. During a 1976 business trip to Tokyo, Chris witnessed a small truck emanating a strange beeping sound as it backed up. It was a sound that ultimately would change his life and birth Brigade Electronics UK LTD. Chris went on the hunt for the alarm’s engineer, who turned out to have a family business in northern Japan, introduced himself and offered to be the alarm’s distributor. “I knew nothing of the business at the time but I was willing to leave the shipping industry and set up shop to be his Europe based distributor. He left me with a few boxes of the alarms and a cheque for £5,000 to get the business started. I returned to Britain and set up shop in my living room and I sold all 100 projects within a week. I promptly ordered more by air crate which arrived 10 days later and they also all sold out quickly one after another. The rest is history!”

Chris now works alongside Emily, Brigade’s UK Marketing Manager, who enlightened us on the evolution of the alarm and its growing awareness of sound pollution. “As time went by, the beeping alarms were found to be fairly loud and intrusive, creating unnecessary noise pollution. In response, Chris created the white sound reversing alarm, based on broadband sound technology which is a range of multi frequencies which don’t cause noise nuisance. For example, the further you move away from the rear of the vehicle, the less you will hear the sound as it dissipates quickly. It is also safer because it is directional meaning if you have two vehicles reversing at the same time, you can hear the direction they’re moving in.”

Similarly, the forklifts produced by MOFFETT, PRINCETON promise both low noise levels and a decreased carbon footprint. “Most forklifts are driven by diesel engines meaning they are loud and this isn’t ideal when, due to traffic congestion, we are seeing more deliveries needed outside of business hours” Jann explained to us. “In 2015 we started developing an electric forklift, we have now collected information over the years and in 2020 launched our second generation of these truckmount forklifts. The technology keeps improving, the costs to build them has decreased meaning more drivers won’t experience high noise or diesel fumes. The technology also creates a healthier and safer driving environment which notifies the driver as to where pedestrians are coming from. The forklifts can also safely drive into warehouses and other working environments - which isn’t possible with the diesel alternative.”

Both Emily and Jann expressed passion in the delivery industry’s growing desire to “want to be more green and have a greener profile through deliveries which release less CO2 emissions”. Emily even gave the example of a white sound alarm, tested by Brigade, which didn’t interfere with the ecosystem of birds in town and city trees and Jann informed us that one of his German customers “wants to exchange their forklifts to 100% electrical within the next couple of years.”

Carl also illustrated the encouraging movement from the heart of retailers expressing a desire to produce lower levels of noise by means of Rolltek’s roll cages. “As we entered the 21st century, supermarkets changed their practices of delivery and the equipment that transported the goods to out of town stores was the same being used to transport to the high street, producing a high level of noise which many local residents won court cases against. By the mid 2000s Rolltek was challenged by a project to reduce noise significantly from all of these types of equipment. The project was headed by Tesco and would result in a more harmonious relationship between local residents and the retailer. Metal was replaced with plastic and rubber shock absorbent wheels replaced the nylon originals. This standard we progressed with for 15 years has become the industry norm and is now the standard equipment that must be applied to all deliveries, especially to residential areas. It is a standard that must be upheld for both the present and carried through to the future.”

It was a delight to hear that “in 2007, Tesco had 600,000 roll containers in service. Last year that doubled to 1.2 million but 98-99% of those are and have been converted to low noise containers which is inclusive of the significant increase in online shopping which has increased the supermarket’s distribution needs. This has required massive reduction in noise and an increase in equipment for home delivery which seem to be here to stay - perhaps not at the same level as during the pandemic but they are still the way of the future.”

Lisa continued the conversation, furthering our encouragement that It isn’t only major retailers accepting the change but also huge governmental bodies such as TFL whose “statistics noticed that in working with over 500 sites since 2015 they have been able to reschedule 166,000 deliveries out of peak times each year since 2015. This shows the huge potential impacts on local areas. The benefits these local areas have cited is that heavy vehicles and vans make up 35% of road traffic and the work has improved local air quality with a local business seeing a 30% reduction in CO2 emissions and a 30 minute savings each way in journey time from just retiming two premises. The potential impact of doing the work and getting quieter equipment to push successful retimed deliveries can have a huge impact on local areas and the wellbeing of inhabitants.”

At Quiet Mark, we feel proud and inspired to see such major bodies - both commercial and governmental - use quiet certified products across the board to provide safer, greener and quieter deliveries. 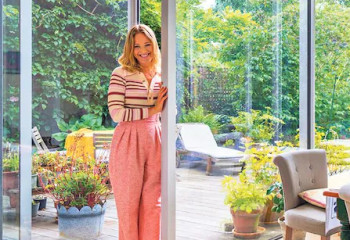 Article Source
Quiet in the Kitchen with Magimix and Cake Boy

Quiet Mark – the international certification programme – is celebrating its 10th anniversary this year.

“Materials can have a huge impact on us in the process of their construction, installation and break down as they turn into dust that we breathe. As buildings get deconstructed and materials end up in landfill, we ask what happens if they don’t degrade and the chemicals end up in our water systems and pollute our environment which enters our bodies. Everything is tied together.”

Quiet in the Kitchen with Magimix and Cake Boy

We are thrilled to release Quiet Mark’s 40th podcast episode this week! The Big 40! Such a milestone is worthy of a celebration cake!

Get the perfect sound level