A good fan will keep you cool all summer long. Here are the best models based on efficiency, design and value for money

By Abigail Buchanan for THE TELEGRAPH

In a heatwave, the best fan for cooling a bedroom or living room is one that can cool the air, rather than just moving it around. For that reason many people invest in a portable air conditioner, but they are much more expensive. The also use as much energy in one hour as a fridge uses in a day.

Fans are cheaper, easier to set up and store and have an instant cooling effect on sweaty skin. You can also get a small air-cooling effect by placing a bowl of ice water in front of a fan: the melting ice draws heat from the air. Another tip, if the air outside is cooler than inside your house, is to place a fan with its back to an open window to draw it in. Some people even have a second fan facing another window to blow the warmer air out.

Are there different types of fans? Of course: there are desk fans; tall, slim "tower fans"; pedestal fans, which consist of a bladed unit on top of a stand; and floor fans, which tend to be larger and so can cool a larger room - you might find them in gyms or conference centres.

We liked: plenty of premium features at an affordable price 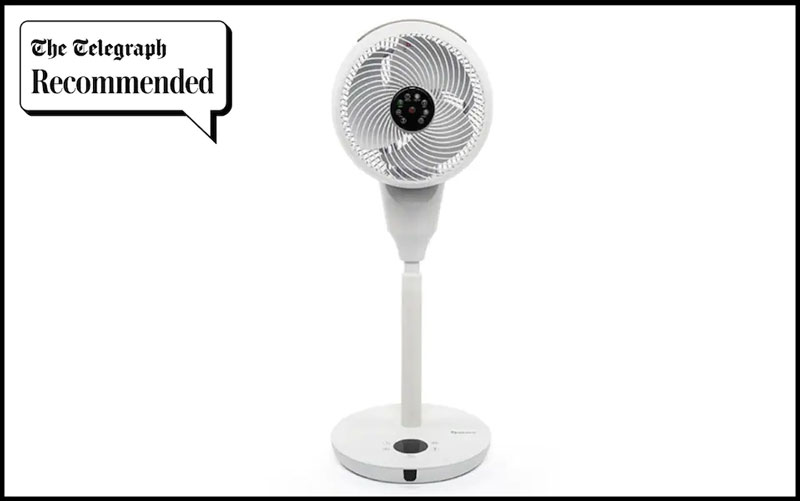 It’s no exaggeration to say that this is the king of pedestal fans. The first thing I notice (after how easy it is to assemble) is that it has both horizontal and vertical oscillation which, coupled with a powerful airflow of 1653m³/hour, means it feels as though it has unrivalled cooling capabilities. It feels natural, like a gentle breeze. It’s also very quiet, with a minimum noise level of 20db and a maximum of 60db, roughly equivalent to the noise from a dishwasher. That's partly thanks to the fact it's powered by a brushless DC motor, which is more energy efficient and longer-lasting in addition to being quieter than a conventional motor.

I also found the MeacoFan 1056P delivered in terms of extra features. It has an ‘eco’ mode that adjusts the speed of the fan based on the temperature of the room, a ‘natural’ mode that replicates a breeze, plus a sleep timer, night light and a handy magnetic remote.

We liked: it's exceedingly quiet, but still powerful Even though it's not a budget buy, at just under £75, I can confidently say that this Devola fan offers great value for money – it's one of the quietest out there (with a minimum noise level of 20db and a maximum of 53db) and is certified by the industry standard 'Quiet Mark' accordingly. Even though it's very quiet, it doesn't compromise on power. The 12-inch blades offer an airflow of 1140m³/hour, which is not to be sniffed at. Similarly to the MeacoFan model above, it's powered by a brushless DC motor.

In practice, this means that I found this fan to be an excellent companion to working from home – quiet enough as to not disturb video calls, but with enough gusto to make my whole living room feel tangibly cooler. Like most other decent models, it has a wide range of 12 speed settings, automatic horizontal and vertical oscillation and an energy-saving eco mode.

It must also be said that, as far as fans go, it’s pretty good looking – I was happy to have the aluminium alloy pedestal on show. It comes in just below the MeacoFan model above, as it’s slightly less efficient (with an airflow of 1140m³/hour to the MeacoFan’s 1653m³/hour), but other than that it’s a remarkably quiet, stylish fan that’s well worth considering.

We liked: it oscillates both horizontally and vertically for better coverage 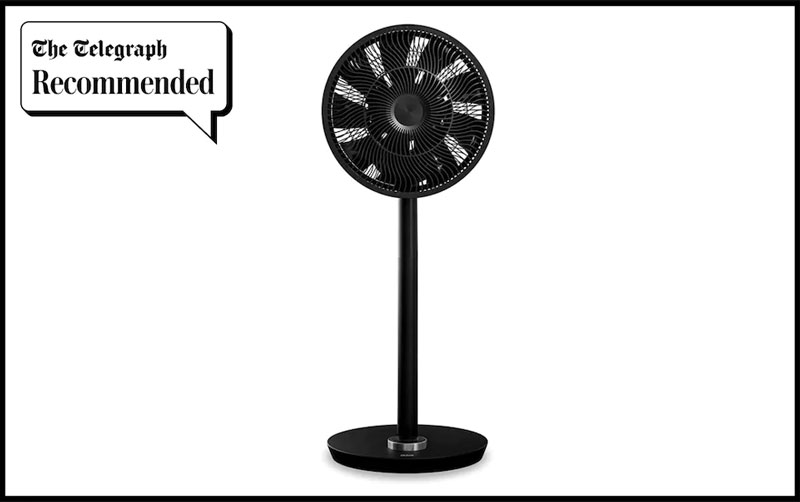 This stylish pedestal fan has a lot going for it – it's sleek, sturdy and smart. It can be controlled via a smartphone app and has a whopping 26 speed settings to suit every temperature, plus a 'natural' mode that creates a varying breeze-like effect. I love the matte black finish, although it also comes in a traditional glossy white (£119. Very).

Onto the tech: it can be used totally wirelessly (via a rechargeable battery in the base) and controlled via compact remote, app or even with your voice. It’s also height adjustable and can either be used as a 88cm pedestal fan or a 51cm floor fan. It’s not the tallest as pedestal fans go, but the fact that it oscillates both horizontally and vertically means it offers excellent coverage, even in a larger room.

Although it’s not technically ‘whisper quiet’ as the name suggests, it's Quiet Mark accredited and only emits between 13-50db of noise (the maximum is roughly equivalent to the noise from a fridge), meaning it’s plenty quiet enough to have on while working and sleeping.

It comes below the Devola model purely on the basis of price – at just under £150, this Duux fan isn’t cheap. And, this really is nitpicking, but it’s slightly complicated to assemble (although the parts do come in handy numbered bags to make this easier). Nevertheless, it’s a worthy investment if low noise and high tech are your priorities.

Read the full article on telegraph.co.uk

Article Source
Because the Only Fans You Should Hear during the Big Game are the Football Fans! 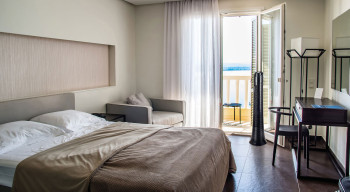 Article Source
It’s Hotting Up! A Quiet Fan Could Be VERY Handy! 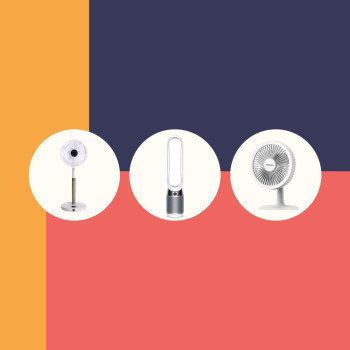 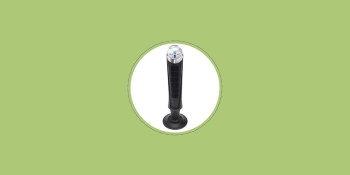 Because the Only Fans You Should Hear during the Big Game are the Football Fans!

To the absolute joy of football fans everywhere, the UEFA Euro 2020 is finally taking place. We list a range of Quiet Mark Certified Fans to keep you cool and focused on the match. Game on!

It’s Hotting Up! A Quiet Fan Could Be VERY Handy!

Following the sunny Easter weekend in the UK, the papers were filled with ‘Best Fan’ Polls and reviews.

12 quiet fans that won't keep you up at night

Tried and tested by Quiet Mark, these fans will help you beat the heat.

Approved by Quiet Mark, these are ideal for sleeping with a silent breeze